I just found out the hard way.

Every winter for the past twenty years or so I do a backcountry ski trip with a friend I've known since our college days at Penn State. We originally rented overnight huts but switched to snow camping so we could pick the time and location for best snow. This year it seemed that everything was aligned for a nice two night stay in Lassen Volcanic National Park near Red Bluff, CA. We took the four hour drive up from the Bay Area and stayed in a motel room the first night and then snowshoed in hauling sleds behind us to get up to a beautiful little bowl called Ridge Lake. The distance was only about 2 1/2 miles one way, but it was really too steep for the sleds and we got into trouble hauling them up. We ended up needing to break the trip into two parts; taking the sleds halfway, then shoeing the rest of the way with our heavy packs, then returning for the sleds. Somehow it turned into more like 8 miles each way and we were incredibly exhausted by the time we made camp.

We got good sleep and had a fine day ski the following day exploring all around the bowl and returned to the tent for dinner. The next morning we did the return trip which might have been even harder because the sleds were incredibly awkward to take downhill. I don't think I've ever been quite so exhausted as when we got back to the car. Wearily loaded up and had a huge breakfast at a Dennys on the way home. Then the coughing started.

We thought we were model citizens, both vacced and boosted and always wore masks indoors - but not with each other in the car, tent or hotel room. It shouldn't be a surprise that one of us picked it up somewhere and gave it to the other. But we're boosted, so no problem right? Turns out there's a thing called breakthrough infection that usually only gets those who are immunocompromised. As it happens - at least as I'm figuring - a good way of becoming temporarily immunocompromised is to push your body to the limits. I got a good solid case of Covid and have been mostly in bed all week long.

I guess you could say it's pandemic fatigue. We certainly should have tested at home before starting, but we thought we were doing enough right. We just wanted to get out there and enjoy the snow. Anyway, the end result was a very difficult week I'm still fighting my way through, and all my plans for podcast work are shot for a while. There will not be a new episode of Seldon Crisis until I've recovered enough to get my creative energy back and give it my best effort.

Sorry about that and please learn from my mistake and stay vigilant against this very nasty virus. I wouldn't want any of my listeners to go through what I've had to this week. 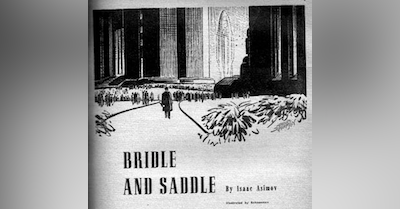 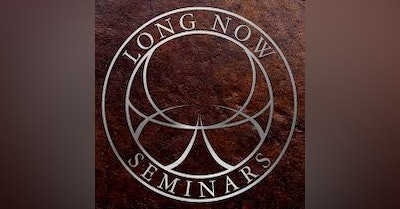 For a long time I was a huge fan of TED talks, and would eagerly gobble up the latest talks as they came out, then dove into the regional TEDx talks as I…