The Will to Challenge Fate 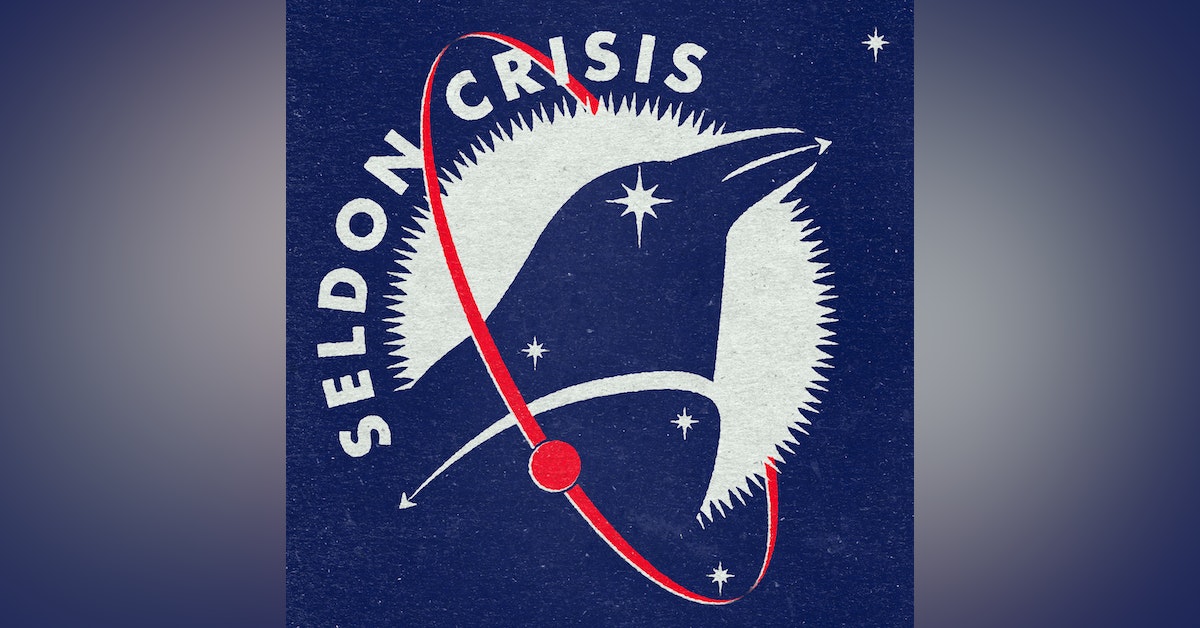 A brief look at the three mysterious Greek goddesses who were imagined to shape human destiny, and how Hari Seldon chose to challenge their authority. A look at what we must do in our current time, with our own fateful challenges, to be like Hari.

The Fates - the Destiny Goddesses

Want to help me make these shows? Please consider becoming a patron!

Welcome back everyone, to Seldon Crisis. I trust you all enjoyed the three episodes of The Mule. I’ve just got a short one this time, but I hope you all enjoy it.

I’ve always been a big fan of Greek mythology and enjoyed the wild and crazy romps of all of the major figures of the pantheon, from Zeus to Hermes, Athena to Aphrodite, etc., as they acted at times wise and powerful, more often as rambunctious ne’er do wells causing mischief and horror among the poor suffering humans that did their best to keep them happy. Who is the most powerful of the Gods? Many would say Zeus, of course, as he ruled on Mt. Olympus and none dared defy him - except sometimes his vengeful wife Hera, or perhaps it would be his unhappy brother Hades, who ruled over the dead in his eternally dark and gloomy kingdom. There were, however, three female deities who held the cards determining the most important factor affecting all mortal human beings. These were the Moirai, or in English, the Fates.

The three Moirai were Clotho, the one who spun the endless thread of life from her spindle, Lachesis, who measured the length of each thread, and the most feared of the three, Atropos, the cutter of the thread with her terrible shears. In turn, they also represented the past, the present, and the future.

It’s a beautiful metaphor, that each human life is a thread in a greater tapestry, and that we naturally have limits to our time assigned by destiny. This must have helped the Greeks understand and accept the innumerable ways they might meet their ends, and be deprived of further joys in their fair Mediterranean realms. The games, battles, wine, and music all have their time and place, but all must bend to the will of the Moirai. The Norse had their Norns with a similar purpose, and I’m sure the metaphor was shared by many cultures across the globe.

In the present day most accept their fate, but there are some exceptions. The transhumanists, for instance, believe that mortality can be defeated eventually. We can learn to eradicate all disease, replace failing organs with newly grown parts, or upload our minds and consciousness to create backups which can be rebooted into a new and younger body when needed. These ideas seem outlandish, but our life expectancy has already increased substantially in only the past few centuries, though much of the increase is due to limiting premature deaths, especially in childbirth and among the very young.

In reading Foundation, I’m struck by Asimov’s choice to assume that 20,000 years of human progress has done absolutely nothing to defy the Moirai. Clotho’s spindle continues to turn, Lachesis still insists on measuring roughly the same length for each thread of 80 years or so at best, and Atropos continues to wield her terrible shears. I think it was a deliberate choice, in order to limit the capability of any particular individuals to have an outsized role in effecting the fate of humanity’s tapestry as determined by the calculations of psychohistory. Imagine if Salvor Hardin had lived for half a millenium what power he might have acquired and what benevolent guidance he might have provided for the Foundation. Doubtlessly, clever Salvor would have attained the wisdom to anticipate the Mule and defeat him before he’d even gained a foothold on Kalgan. On the other hand, the villains could also become super powerful given enough time. In the present day, consider an endless lifetime for a Joseph Stalin or Adolf Hitler. We don’t even have to go back that far. Just imagine the most recent US president having an endless span on this globe. We are often extremely fortunate when Atropos decides the time has come to wield her shears.

I’m thinking of another aspect of fate, however. What of the fate of the tapestry itself? In the case of the Galactic Empire at the time of Hari Seldon’s birth, the thread had become tangled and unworkable. The tapestry had lost its color. The ability to weave new dimensions, new forms, had disappeared. This was only evident for someone with the viewpoint of psychohistory. Hari Seldon knew the tapestry’s days as he knew it were numbered. In a sense, he learned the length of the thread of collective humanity, and knew exactly when Atropos would strike. If he had possessed the attitude of the Ancient Greeks he would have to accept this knowledge humbly. Perhaps he would do as Linge Chen desired and keep his work unpublished in the interest of public safety. Surely it would be kinder to his friends and fellow citizens to keep the terrible knowledge from them so they could enjoy the allotted spans they were due.

But Seldon didn’t accept fate. He defied it. He decided to take on the Moirai directly and create his own plan for how the tapestry would be woven from that day forward. He saw that there were changes in the pattern of the weaving that would result in considerably less suffering. He understood that, given a chance to create the destiny of his choosing, a beautiful future could result in significantly less time. His plan wasn’t perfect as he didn’t have sufficient vision into all possibilities, and the Mule created a horrible snag in the delicate tapestry he sought to weave. We will see in subsequent chapters how the second foundation he created as a stopgap used their own methods to right the loom and get the tapestry back on track. Perhaps the Moirai had finally met their match. This is just one of the elements that gives this story so much power. It’s nothing less than an epic duel with destiny.

My mind comes back to our present world and the crises we face; climate change, pandemics, stasis, despair. Most of us respond to such threats in a similar manner to the ancient Greeks. We are either blithely accepting of our fate and willing to enjoy our libations, our sport, our fine entertainments, or we are terrified and hopeless with fear of what the emerging tapestry is revealing. Unbearable heat, disastrous floods and droughts, unimaginable catastrophes of all kinds. There are far too few Hari Seldons with the courage to challenge fate and construct a plan to create a better future. It’s essential that we find some if we want there to be an eventual human presence among the stars.

Maybe we don’t have psychohistory, but we do have science. We have mathematics, and amazing computational power. Our technology allows us to do the next best thing to psychohistory and create models of possible futures and evaluate the different futures resulting from alternative policy choices. Yes, there have been great benefits from using fossil fuels. Our modern life and convenience is built upon this amazing resource. But we do have choices to make nonetheless. If we choose to keep them in the ground we’ll have to make significant sacrifices, but will it possibly result in a far better future with cleaner air and water, a livable climate, and a sustainable path forward? We only know if we fund the efforts to create such models and give them the attention they deserve.

Ultimately, taking deep hard looks at reality is the essence of science. We don’t really believe in the Fates anymore, but many of us act as if we do. Our future depends on our willingness to defy an unpleasant, predetermined fate, and create the one we desire. The one we need to move forward. Let’s be more like Hari Seldon.

The least we can do is support those who are trying. I briefly worked with an environmental group in my area that was involved with making an app that makes it pretty easy to put pressure on policy makers to pay attention to the science about climate change. It’s called Climate Action Now and it gently prompts users to spend a few minutes a day reminding our elected leaders what we’re most concerned about in regard to this critical issue. I’ll link to it in the show notes.

That’s all for this episode, but let’s take a quick look ahead. Remember way back at the end of Season 1 when I had Nathaniel Goldberg on to talk about the Philosophy of Foundation? I decided to do more of that sort of thing. I have two episodes planned in the coming month with wonderful guests to discuss Foundation from science and historical perspectives, and then an episode a little later focusing on indie science fiction featuring a couple of my favorite current writers. We’ll dive back into the books in January with the first section of Second Foundation in Search by the Mule, Part I, and I’ll be making a solid effort to keep those episodes coming out regularly once a month. We should wrap up the trilogy by mid-summer, and then jump into the sequels with Foundation’s Edge and Foundation and Earth - then on to the prequels. I believe I could keep this gig going for at least a couple more years by the time we’re through.

There’s so much good stuff coming in the form of storytelling and guest episodes that I probably won’t have much time for essays like this one for a while. There’s a good chance that they will continue to appear as patron-only content, so if you enjoy them, please consider becoming a patron on patreon for as little as a dollar a month. The link appears in every episode’s show notes.

Join me next episode for a talk with astrophysicist Stephen Webb on the Science of Foundation, here on Seldon Crisis!